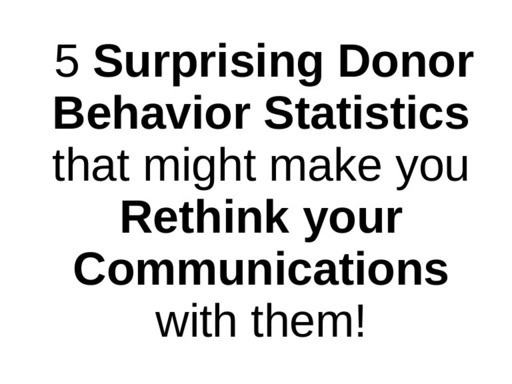 India as a country is changing faster than ever, as if that wasn’t something everyone already knew!

If you’re managing donor relations for your Non Profit Organization, it might be useful to know about some of the most surprising donor behavior statistics. Here are 5 that might make you rethink the way you’re approaching your donors.

1. 64% people donated because they wanted to make things better! 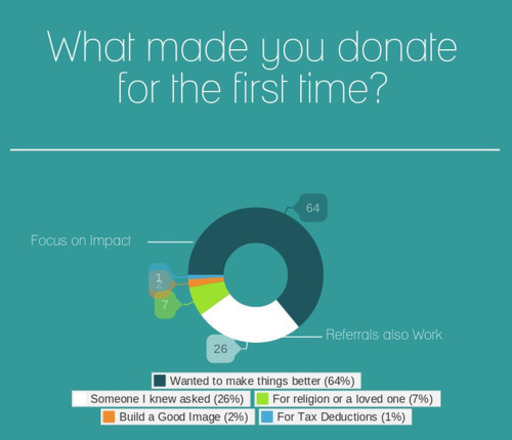 Rethink it: Those are impressive numbers against the prevailing idea that Indians are not philanthropic. It certainly points to the importance of creating a better world, for one and all. Now that you are aware, why you keep getting volunteers donations, it is for the sole reason, that they collectively want to be the part of change for the good, which you as an organization, have taken the responsibility to bring.

2. 45% of population does not donate, because, they don’t know, how their donations will be used. 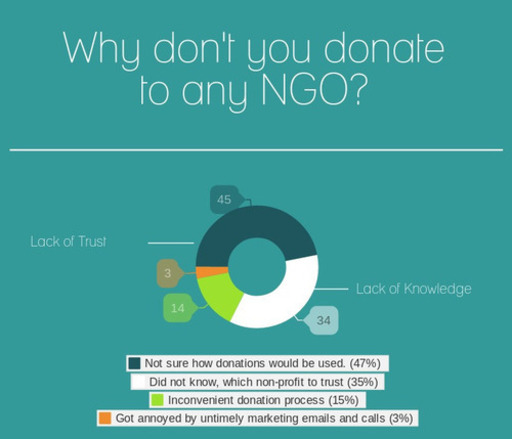 Rethink it: There are probably more people, willing to donate their resources, but are skeptical, because of the lack of awareness of your efforts and intent. Bringing in a process, in your organization, where you keep updating whatever good you have been doing, will bring in more leads.

3. Major portion of the folks stopped donating, because they failed to see the impact, that their donations might be creating. 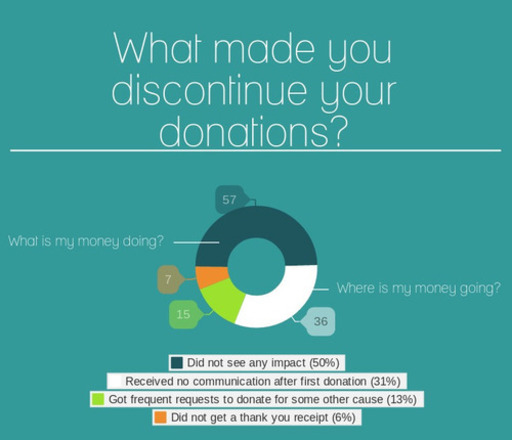 Rethink it: Continuous interaction, is the key to building better relationships. Keeping people, updated, as to how the resources, they had been contributing, are being used, not only increases the trust, it will also, help you keep track of your progress as an organization and measure the impact of your efforts.

4. NGOs are trusted, when people see things for themselves, either in person or Internet.

Rethink it: Do you have an active online presence? Do you make effective use of digital media platforms? Have you trained your volunteers/staff to effectively showcase, the efforts of your organization? If not, it is high time. 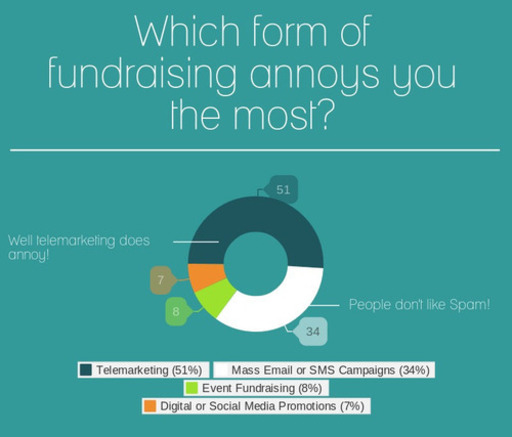 Rethink it: Do you send in bulk mails, just because, you want to reach out to as many people, and it is the easiest method to do so? Do you think, sending SMSes or cold calling per your convenience is going to work? Well, no! People get irritated, by these repetitive emails/SMSes, that they get. Probably you need to measure, analyze and then spray.